More than 100 students took part in the FunRun “From Rosenberg to Rome and Back”.
Completing 17 laps of St Gallen’s Kreuzbleiche Park, a total distance of 11.9km.
The event was organised by the Volunteering and Charity co-curricular group of the school and is the first of several events to be held from Spring 2017 to Autumn 2017.

All students, aged from 13 to 18 years, participated in the success of the event; those who were not running provided some much-needed fuel for the runners with snacks drinks and most importantly moral support.
Alex (17) from Siberia said of the day: “It was hot day, which made the run harder, but I felt a great sense of achievement at the end – as well as the pain of a twisted knee! lt felt good to be part of such a worthwhile event.

Nadia (15) from Moscow said: “It was a great experience for me because I love running. All of my friends were in my group and even though the run was hard we didn’t feel it because we had a lot of fun together”.
Margarita (16) from Samara said: “I was a was a volunteer at the fun run. We gave support to the runners by choosing music to add to the atmosphere and give some energy to the runners  when they felt tired.  It was lot of fun and it brought us all together by helping eachother”. Students ran in groups, which they chose themselves, cheered on by a mentor who kept a close eye on the participants to ensure they completed the course.
Irantzu (18) from Germany and Saidolim (18) from Uzbekistan won first prize for completing the run in the fastest time. Prizes were also handed out for second and third place, donated by the charity.

The aim of the FunRun and other sports activities, is to accumulate 1,800 “running-kilometers” or “played-kilometres” – the same distance as from the city St. Gallen to Rome and back.

Through generous donations to support these “Serious Fun” challenges, the students have set their goals to raise 22,500 euros and enable the participation of 15 more children in the Dynamo Summer Camp by the summer of 2018.

Collaborating in these community events, is the charity and volunteering group PIECES http://www.thepieces.org from University of St Gallen (HSG), one of Switzerland’s leading business schools. 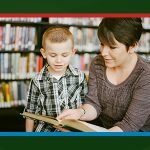 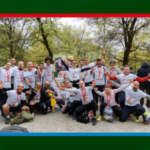 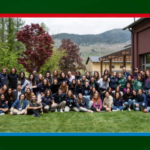 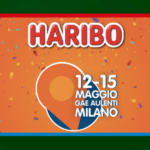 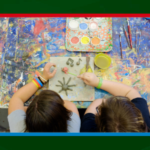 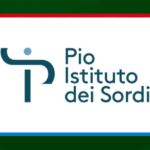 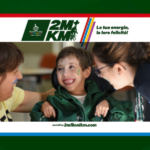 This website uses cookies to improve your experience while you navigate through the website. Out of these, the cookies that are categorized as necessary are stored on your browser as they are essential for the working of basic functionalities of the website. We also use third-party cookies that help us analyze and understand how you use this website. These cookies will be stored in your browser only with your consent. You also have the option to opt-out of these cookies. But opting out of some of these cookies may affect your browsing experience.
Necessary Sempre abilitato
Necessary cookies are absolutely essential for the website to function properly. This category only includes cookies that ensures basic functionalities and security features of the website. These cookies do not store any personal information.
Non-necessary
Any cookies that may not be particularly necessary for the website to function and is used specifically to collect user personal data via analytics, ads, other embedded contents are termed as non-necessary cookies. It is mandatory to procure user consent prior to running these cookies on your website.
ACCETTA E SALVA

You have Successfully Subscribed!